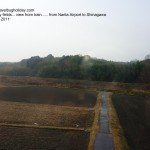 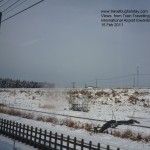 ourne to Kuala Lumpur (KL), Malaysia. I departed KL international airport and arrived next day early in the morning at Tokyo. I booked my first night accommodation through Agoda.com and stayed at Hotel Vista Kamata. This is not my first time in Japan. Infact, my second trip. I had been meaning to come back to Japan after my first trip many years ago when I was over there for a short working holiday but once I return home from Japan, normal routine and life gets in the way. I am glad to say I now back again in one of my favorite destinations. There are plenty of reasons for my saying that this country is one of my favorite. Where can I start? Aside from the efficiency of how the Japanese operates their train system, how helpful the people are towards everyone ( not just to foreigners) and how considerate they are. I had looked/inspected their mannerism and behavior in the trains, shopping centr 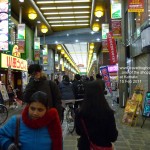 e or at queues at any location as well as during my many walks around the town. Even though they don’t speak English a lot, they try their best 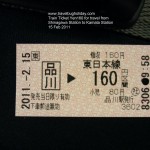 When I came to Japan many years ago, the locals are probably not very familiar with foreigners. They cannot speak English well but they still smile and say “Yes”, even when they don’t known what I was asking or ordering. That can be frustrating at times (I know) but times have changed. Most Japanese (I find)speak English quite well even though they may be reluctant to speak the language. Well, this time, I brushed up my Japanese language and I had found that because I started off with Japanese, they most likely took pity on me and try their best to speak English back to me to help me when I am lost! 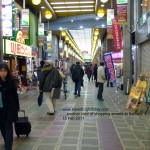 swiftly, unlike some airports. After immigration, I went to the information counter to enquire about getting to Hotel Vista Kamata (where I stayed for only 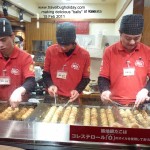 1 night). The lady at the information counter just outside immigration was most helpful and spoke English fairly well. She wrote down on a piece of paper what ticket I should purchase and on which train line. This is what she wrote ”8.02am airport terminal 2 via JR Narita Line(To Ofuna). Arrive 9.43 am at Shinawaga. Take JR Keihin Tohoku Line (10 min) to Kamata Station. The ticket only cost me Yen 1,620 approx Aud$18.50. 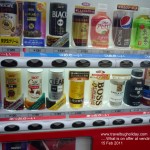 Before heading off to ticket counter, I went to get some cash out from the ATM. The HSBC ATM rejected my card but the Citibank bank ATM decided to “work” for me. I decided to withdraw a small amount of Japanese yen for my personal use, thinking that I can easily get more form any ATM in city. I also didn’t bother to go to the bank thinking that it is better in the town than airport. I was sadly mistaken. It is so hard to find a bank in Kamata. I found 2 and one only take American cash and the other one, well the exchange rate is just too low. The reason I had problems with the ATM machines, (after 5 times of trying to take money out from many ATM machines displaying cirrus or visa) was that the picture diagram on how to slot in your ATM card is different to how you are actually suppose to do it. I followed the picture diagram as shown and sometimes I was successful and sometimes I was not. One just need to try turning the card in anyway you can to see which way works. After that experience, I was never short of cash! Normally, I would have felt frustrated in finding that things does not work for me, whilst traveling overseas. Maybe it is the calming nature of every Japanese people around me that makes me feel cool as a cucumber ! 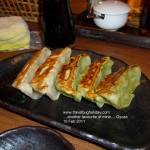 Anyway, I next went to get my train ticket as previously instructed by this lady at the 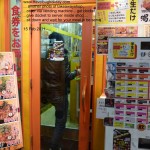 information counter at Narita Airport. The lady selling the train tickets didn’t speak English, so I had to ask her in my broken Japanese. Unfortunately, she just went through everything in Japanese. Now that can be most frustrating for travelers but I was still calm and collected. In understanding and appreciating that we are in their country after all and knowing that they normally don’t have foreigners visiting Japanese and thus not required to speak English much, I fully understand and appreciate why they would try to explain to me in Japanese.

Luckily I know some basic Japanese and was able to understand her a little bit. I had to trust her and hope that she 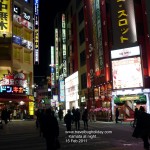 gave me the right ticket to get me to where I am suppose to go. She asked if we wanted to go direct to Shinawaga and I said yes. (Not fully knowing what her “direct” means and not wanted to go deeper into confusion by asking more questions. Well, she booked our ticket for Narita direct express towards Haneda Airport but it does stop at Shinagawa before arriving at Haneda. Each ticket cost Yen 1,460 per person and the train arrived at 8.30am arriving at Shinawaga at 9.50am. I though it was not bad at all.

It was not very crowded when we board the train as it was at the start of the line. Midway, more passengers fill into the 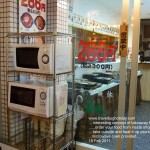 train to get to work etc. Even then, I though it was not too bad compared to first time when I was in Japan and took the train at peak hours. I was literally packed in like sardines. Now, it is in the middle of winter so the train has heaters going on. I was wondering why everyone at the airports is just wearing a thin pullover. Now I realised that it was not necessarily to bring my winter parker in the plane until I reached the final train station. There I could open my 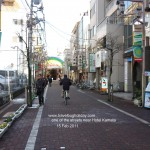 suitcase and take out my winter clothes as I would needed to wear them as I walk to my hotel(near the train station. That could have saved me additional hand luggage had I known this fact.

At Shinawaga, I bought a ticket at the ticket counter for Yen160 per person to go to Kamata Station. My first stop in Japan was at Kamata, where I was to spend a night there as I was meeting up with my fellow travelers. I checke 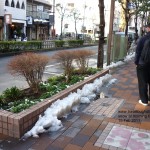 d the fares on the sign board above the train and vending machines ticket counter and other self serve train ticket machines. I could have bought the ticket at the vending machine but I decided not to risk buying the wrong fare. It took me only about 15 minutes to get to Kamata from Shinagawa. In total, my fare was (Yen1,460+Yen 160 )Yen1,620, exactly what the lady at the information counter told me)Hey that was not a bad start indeed. 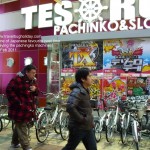 Since I was there in winter, I expected to see snow and I am not disappointed at all. Snow on rooftops, roads and fields as this is the view I see as the train rolls towards Shinagawa Station. Upon my arrival at Kamata station, I had very little problem locating my hotel as it was early in the morning ( not late at night). I found that the train officials and police are very helpful even if they don’t know English. I had printed out the map of the hotel and the direction of how to get there. I just showed them to the “my helpful friends” and with a few Japanese words, I am well on my way to my hotel with minimum fuss. I certainly encourage any travelers to traveling to Japan armed themselves with knowing a few Japanese words here and there. 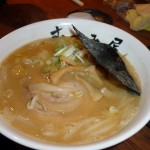 Since I arrived very early eg 10ish in the morning, my room was not ready yet, so I went for walks around Kamata for a few hours exploring the town and looking for banks & ATMs etc. The best I can descr

ibe Kamata is that it is a thriving suburb with many shops and department stores built around a train station. If you have been to Hong Kong, then you can probably visuallised what I am describing. However the suburbs in Japan are certainly more modern looking than those one in Hong Kong suburbs(in my humble opinion).

I went around looking for a good ramen shop for lunch and found one near my hotel, 2 minutes away. A well hidden 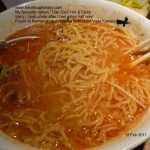 shop but very busy on the inside. You cannot peep inside from the entrance door as the door has a one way view. Fairly pricey, for a bowl of ramen as compared to some of the shops I checked along the way. Approx Aud$12 per bowl. I 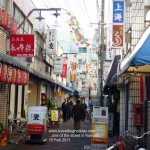 find the spicy ones called “Dan Dan ramen” are the best in my opinion. It has a thicker soup base and has the taste of sesame nutty flavor.

Kamata town is small in comparison to Tokyo but it is much more interesting and easier for a tourist to explore. I did not feel overwhelmed by the human population and there are not that many tall buildings (they are relatively smaller on both counts). People have more time to chat to you too.

My room in this hotel, Vista Kamata is huge by Japanese standard. The room size is similar to what I had been used to in Western countries. I only paid Aud$107 per night via Agoda.com. Across the street from the hotel are 4 huge 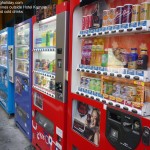