A town I missed out on visiting whilst in Sapporo 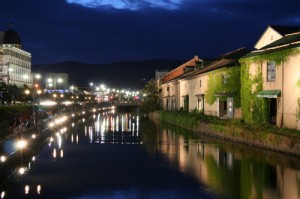 should have visited Otaru. They went and had a wonderful time there. It is only a small town but fascinating. It is accessible by train from Sapporo (approximately 45 minutes by rapid train). This is what their itinerary and experiences roughly looks like.

They indicated that it is only half an hour away from Sapporo, and is an ideal place to go out hunting for ( interesting ) food. Its main attraction apart of a large number of kani (crab.. yummy !) 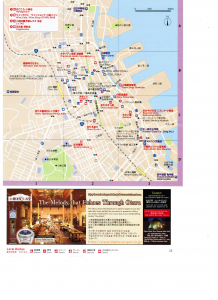 and fresh sushi restaurants is the seaside where a colonization-era scene is photographed by thousands of tourists each day. The canal and its surrounding buildings bring up a feeling of the 19th century Germany. It is an old city with lots of attractions.

They travelled from JR Sapporo station to Otaru first thing in the morning.

They took their luggages with them as they didn’t have much time to get back to the hotel so they organized to leave for the airport from Otaru Station itself. They told me that the locker for the size of the luggage are Yen400 (cabin size luggage), Yen500 and Yen600 for the biggest size up. The prices are quite affordable. They were there in this town of Otaru for about 4-5 hours (sufficient time) and mostly walked along the two streets along the canal. Based on their experiences, they felt that it is best to get to Chitoso airport from Otaru Station via te Airport Express Line. T 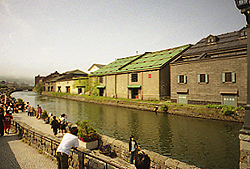 he costs for this journey was a total Yen3,170 (Hotel to JR Sapporo=Yen 200, JR Sapporo via the Airport Express Line to Otaru Yen 630( took only 30 minutes, Luggage 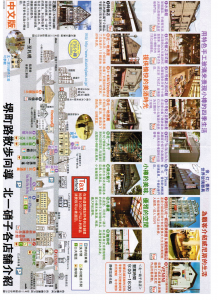 They could have gone back to their hotel and pick up their lug gages before boarding the Limousine bus to Chitosea airport, but that would mean that they have limited time in Otaru. The cost would be definitely be cheaper, approximately a total of Yen2,530.(Hotel to JR Sapporo=Yen 200, JR Sapporo to Otaru Yen 630. Train fare from Otaru Station to Sapporo Station Yen500, Sapporo station to Hotel Yen200. Lim

Upon their arrival at Otaru at 11am, they walked from the station to Otaru Unga Canal (8 minutes only) and strolled along the canal and around the old warehouse buildings. Otaru Unga Canal was completed in 1923 as a cargo-handling complex, but now is a popular tourist attraction and pleasant area for a leisurely stroll.

After that they said they headed off towards the warehouse buildings which have been converted into restaurants. They had a lovely lunch at Uo Maru. The service was a bit slow, staff very friendly but the food delicious as they ordered the Kaisen 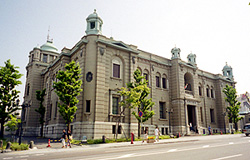 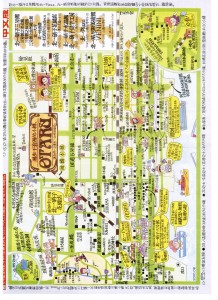 a seafood chawan mushi for yen1,880. By the time they finished their lunch, it was 1.30pm

They then walked to Sakaimachi Dori which is like going back in time as the shopping street features a mixture of souvenir shops, glass-works shops, cafes and restaurants located in early 20th century structures.

A couple of museums can be found scattered among the shops. They stopped later in the afternoon at the LeTAO Cafe for tea and chocolate cake for yen1,800. They spent approx 1.5 hours around that area.

Next, they walked southwest of the canal a 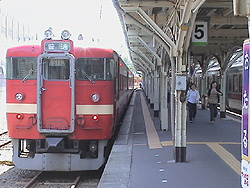 rea where a number of beautiful buildings can be found. One, the Otaru Museum Annex, has a free lookout tower on its third floor with a view of the Otaru Unga Canal and harbor. They also took the Otaru Tenguyama Ropeway up Mt. Tengu, It is a highly recommended excursion ( according to them) with its view of the port of Otaru below. Unfortunately, they cannot remember how much it cost them. 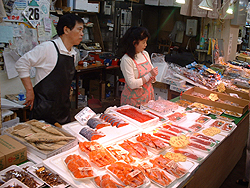 In summary, Otaru has the music box museum, Otaru canal, steam clock, marchan square and the morning markets near Otaru station. Lots of stalls selling souvenirs at otaru. I read in the forum that the only attraction there is the Otaru Canal

I would certainly visit Otaru town if I visit Sapporo again in the future.