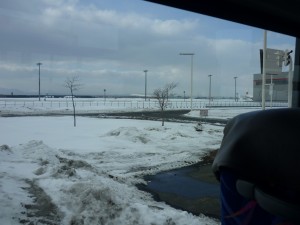 I just arrived from Kamata Town. I had a great time walking around Kamata.  That town is however good only for overnight stay. It is just not big enough to warrant staying 2 nights. We depart Kamata town the very next day and travel by taxi 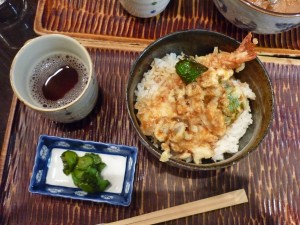 (4 of us, as we met up with 2 other friends who arrived late last night) to the domestic airport in Tokyo to go to Sapporo.

The night before, my friends had arrived at Haneda airport and stayed in the same hotel as us. They told me that they took the train on the Keikyu Airport line (from Haneda airport) to Keiku Line Kamata Station for 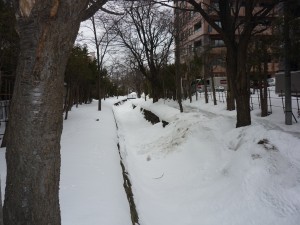 just Yen290 each. They then taxi to Kamata Hotel for Yen800 for 2 people (Yen400 each approx Aud$4.50). As it was very late at night, almost midnight, I think they made a wise decision to take a taxi. They could have used the JR line from

Haneda airport and that takes you to a nearer JR Kamata station (five minutes from hotel) and they could have walked to the hotel but that late at night, the hotel can be hard to locate if 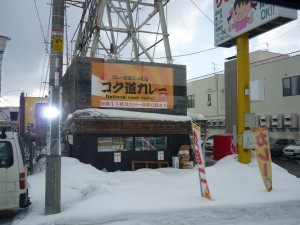 there are no one around at that late hour for you to ask for directions.

Anyway, the whole journey from Haneda airport to Vista Kamata hotel took them only 20 minutes. I was also told that if they had taken a bus from Haneda Airport Terminal Bus Stop 18, that will take them 25 minutes and then they will have to walk for another 5 minutes from Kamata JR Station to the hotel. 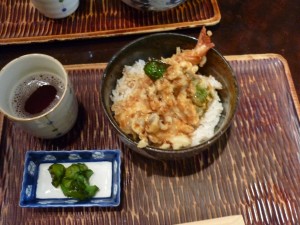 We had originally intended to take the free hotel shuttle bus to the airport (after breakfast) to get to the airport to Saporro but we found that the last bus (probably the only bus….) departs the hotel at 7.30am for the airport. It was just too early for us as our flight for Sapporo does not depart until after 11am. The 2nd option was to take the bus near 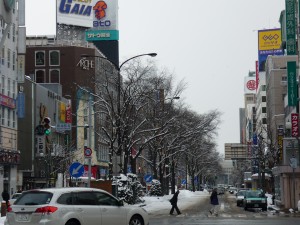 the JR Kamata station which would have been just right, time and budget wise but we lost track of time and had a longer breakfast at the hotel than we had originally planned.

Ah well, we are after all on holidays! So, next option was to take a taxi to the next nearest JR station instead, aside from Kamata JR Station. That would have cost us approx Yen480 per person Aud $5.50. (as informed by the hotel staff).

Our next problem was our luggage as we were unsure if the taxis were able to fit our 4 suitcases plus 4 passengers. If we had to order 2 taxis for the 4 of us, our budget would have been blown. Lucky for us, all our 4 luggages were of medium size, so no problem at all. Whilst we were in the taxi on the way to the next nearest JR station, we all decided that we might as well take the taxi all the way to the airport instead of mucking around with taxi and connecting to trains 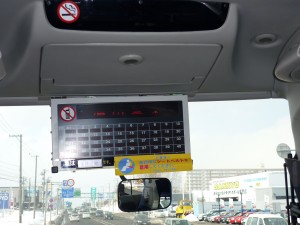 Using a combination of the Taxi/train would certainly be cheaper 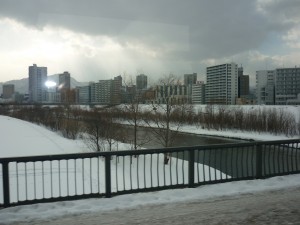 I think the price is reasonable for using a taxi as we didn’t have to drag our luggage around much, more convenience. The journey between Haneda Terminal and Vista Hotel Kamata is only 20 minutes.

Our domestic flight from Haneda 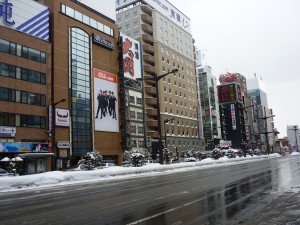 Airport to Sapporo was very smooth and took only 1 hour to get there. The domestic air ticket cost Yen31,700(AUD$360.40) for each person. We had purchase the air ticket before we flew to Japan and I believe that is cheaper to purchase ticket outside of Japan. We finally arrived at Sapporo Chitose Airport at 1pm, our first holiday destination. (Kamata was more of a stopover, not a start to our holiday (as it was just to /join meet up with friends). 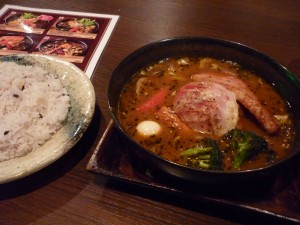 To me, that would a long car, but after going through the Japan travel forum and t 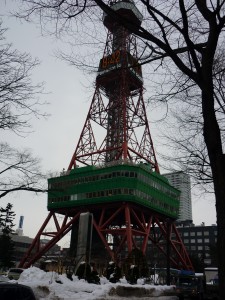 rip advisor, I finally understood that it is a bus or coach. I did manage to find that a few travellers who had written on Trip Advisor forum pages, wrote a very clear precise instruction on what to look out for and where to get off the bus, which was extremely useful. Anyway, I realised that in the worst case scenario, the Japanese bus driver (if informed which hotel we needed to get off at) will be very happy to assist all tourists. That is the way of the Japanese people. Extremely helpful and polite.

The limousine bus stopped not far from our hotel, about 5 minutes walk. We can 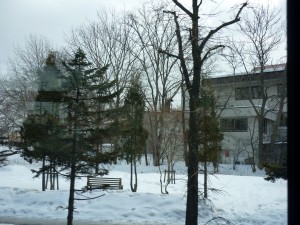 literally see our hotel while we were standing at the road kerb as we waited for the driver to get our luggage off the bus. Our bags were stored underneath the bus and it was certainly a very smooth trip.

Tips in using the Limousine bus. If there are 4 people raveling, you should be able to get a discount of Yen100 per person. That is Yen 3,600. When I arrived at the airport, I was not given this information so I paid Yen 4,000 for 4 adult tickets. On the return journey, I was given a timetable and it stated that there is the discount. This discount is equivalent to if you had purchase a return journey Yen1,900 per person. There is no guarantee that you will get the

discount if both parties have difficulty speaking to each other, 🙂 so unless you have this timetable with the stated fees, don’t be too stress if you don’t get the discount.

By the time we got off the bus, we realized that it had gone past our lunch time and we were all very hungry. We all decided to eat lunch first before we checked into out hotel. As we walked toward the hotel and before we cross the road to our hotel, we spotted a small Japanese café. This small shop sells ramen & rice dishes. We walked in confidently but came to realized that we might have encountered our first problem.

When you are hungry, you 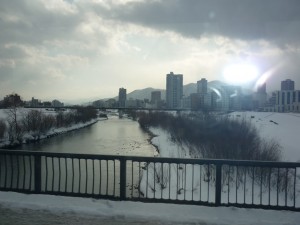 don’t want to face any problem in getting your stomach fed !. Well, the problem is that the name and description of the dishes are in Japanese and they are written on vending machines. Not a word of English. Yes, I did see the same setup in Kamata  Town (the night before) when I was walking around….. however, that time in Kamata, I didn’t investigate further as I had already eaten and was not hungry. We figured that there is always a first time for such an experience and we embraced it wholeheartedly. We watched a customer order his food from the vending machine and we followed him. We looked at the photos on the vending machine, push out notes/coins into the machine slot and press the button for what we think the dishes looks like to us. I wanted a soup ramen dish but I ended with a dry rice dish, well, slightly disappointed but my food was still very tasty. I was hungry so gobbled up my food like I haven’t seen food for a few days. I was not the only one who 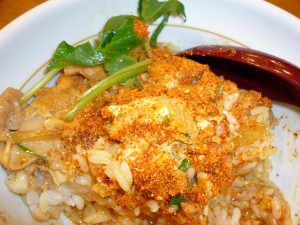 was disappointed. We all ended up with rice dishes when we all wanted ramen! We didn’t realise that the 2nd row of pictures are ramen and we all had chosen from the first row. We just picked the wrong row. All in good fun, right? We can predict what lies ahead, all the adventures and fun we are all going to have! That is part of the joy of traveling… being silly and making mistakes.

“Checking-in” times, at all hotels in Japan is after 3pm. After checking in after 3pm, we went off to explore places near the hotel. We had a very long walk as we just didn’t feel like going back to our hotel rooms. The rooms 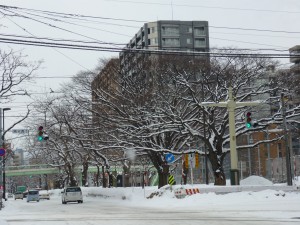 were very nice, (thinking back, it was in fact the nicest of all our hotels during this whole trip). If we had known we would have given thanks for what we had! However, we were in the mood for exploration and wanting to get a bearing of the whole town. It didn’t take us long to work out which train we could take if we needed one, eg places where we should venture to explore tomorrow, places that we would enjoy a meal together etc..

That night, we had dinner in a sushi restaurant. Unfortunately that is all they sell, “sushi” so dinner was not 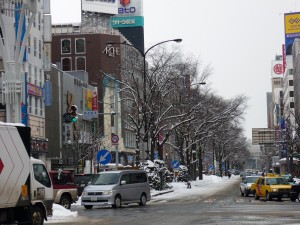 good for some of us as 2 of us in the group does not eat cold dish or raw fish. It is certainly different to Japanese restaurant (in the west) where all different kind of Japanese food is available and catered for all kinds of taste buds. That night, not only is food a disaster (in one respect), it was also very smoky as most Japanese restaurant caters for smokers & drinkers. Overall, I had a great time as I managed to start a conversation in broken Japanese and English with a dairy Japanese farmer who had stopped in for a bite and a drink. I certainly know more now about the Japanese dairy farmers than before I walked into the restaurant.

After our very brief dinner at this sushi restaurant, we walked to a ramen shop as a couple of our friends didn’t eat at the sushi restaurant. The ramen shop that they stopped by was apparently quite famous. There was a write up of it at the Lonely Planet guide book. The ramen alley is just 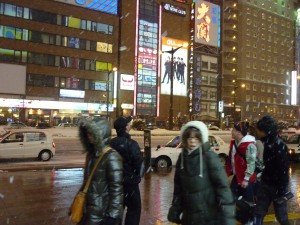 behind our hotel (we can go by the back way of the hotel) so if you are in the area or staying at teh same hotel, don’t let the hotel staff tell you to go to the one near the Police station.

That ramen alley must be an older row of shops as it didn’t look very popular and does not look very appetising. The hotel staffs are very fluent in a few languages but their knowledge of some local things mentioned in the lonely planet guide book are sadly lacking. The staff at Mecure hotel gave us the wrong information fo 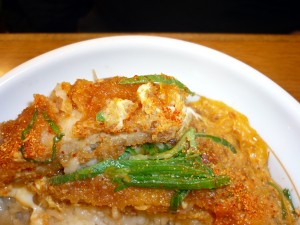 r the Ramen Alley mentioned in the Lonely Planet book.

I later found out that there are 2 Ramen Alley. The new & old. The old Ramen alley is next to the police station and the new one with big neon signs is located behind the old Ramen Alley, one block directly behind the old Alley. The new Ramen Alley is the one mentioned in all the guide books. We tried various ramen in a few shops along the arcade and in my opinion, the best one is the one right in front of the arcade (you might have to join the queue along the shop ).

Overall it was a great and enjoyable day, spent exploring what the areas near our hotel has to offer.