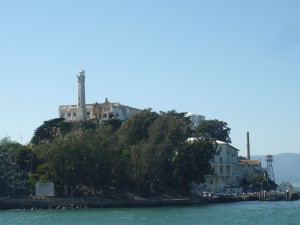 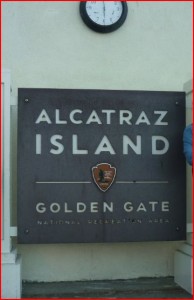 “from pier 33 at about 2pm and I didn’t return until the last boat depart about 6 pm. There is no time limit as to how long you wish to stay at Alcatraz as long as you don’t miss the last boat back to pier 33 at 6 pm. The cost for the day cruise is US$28. 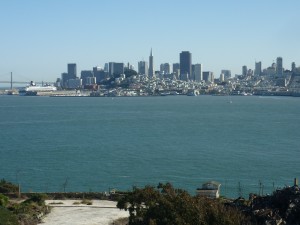 This island of 12 acres had been a civil war fort, a military prison and one of the most notorious federal penitentiaries in US history. The west coast first and oldest operating lighthouse was also located on this island. 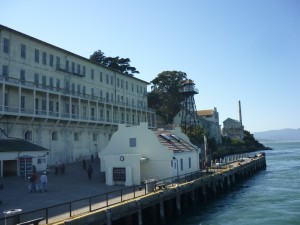 department of justice who found itself ill equipped to deal with the violent crime surge that followed the great depression. Alcatraz 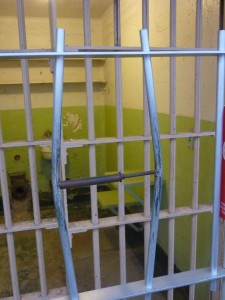 proved the perfect solution for incarcerating the country’s most violent of criminals.

This former prison was home to some of America’s most notorious criminals such as Al Capone and Machine Gun Kelly and Robert ” Birdman ” Stroud.

Upon arrival to this former prison, we had to walk up a steep hill to the 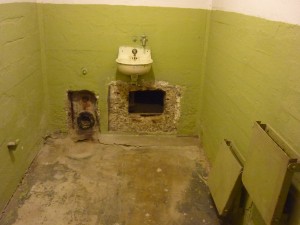 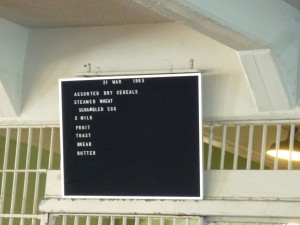 (equivalent to 13 story climb) or about 10 minutes to get to the beginning of the tour. There we were given an audio headset to listen to as we were given instructions on the audio machine where to go and with narrations from actual correctional officers and prisoners who lived and worked on the island. The audio tour offered in Dutch, English, French, German, Italian, Jap 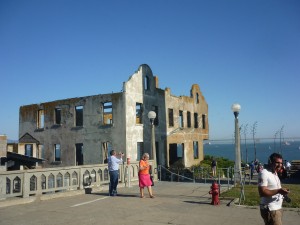 anese, Korean, mandarin, Portuguese and Spanish inform tourist about the most famous Alcatraz escapes and near escape attempts, the lives of the guards, their family and the daily lives of the prisoners and their thoughts, how many prisoners there are, how many died and what happen to their bodies etc…. I find the audio tour very interesting. I learnt that upon arrival at Alcatraz new prisoners assigned to a private cell and provide with only clothing, food, water and medical facilities. Any thing else is considered as privileges. I find the next fact very intriguing. Historically, many prisons riots had been started because of poor food quality, but in Alcatraz prisoners dined on a menu of salads, fresh fruits, diverse entrees and even deserts.

Another interesting fact….This prison was the only one in the federal 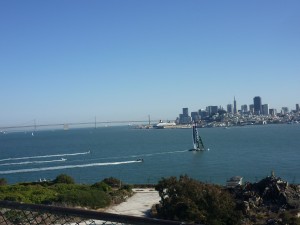 system than has hot showers! Fancy that…but there is a reason. This is to design to keep prisoners from acclimating to the cold water. There were 14 attempts to escape Alcatraz but many escapees were either recaptured or kill.

Remember the famous movie “Escape from Alcatraz”? Made famous by Clint Eastwood. It is based on an elaborate plot by Frank Less Morris, Clarence and John Anglin in 1962. 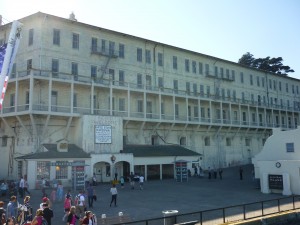 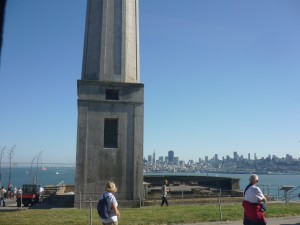 Many still speculated if they were successful in making the escape.

In 1963, a year after the famous escape attempt, Alcatraz was closed due to extensive and expensive repairs are required for Alcatraz due to the salt water and air corrosion.

From Alcatraz you can see the mainland of San Francisco but there is no evidence of any successful escape across the icy bay.